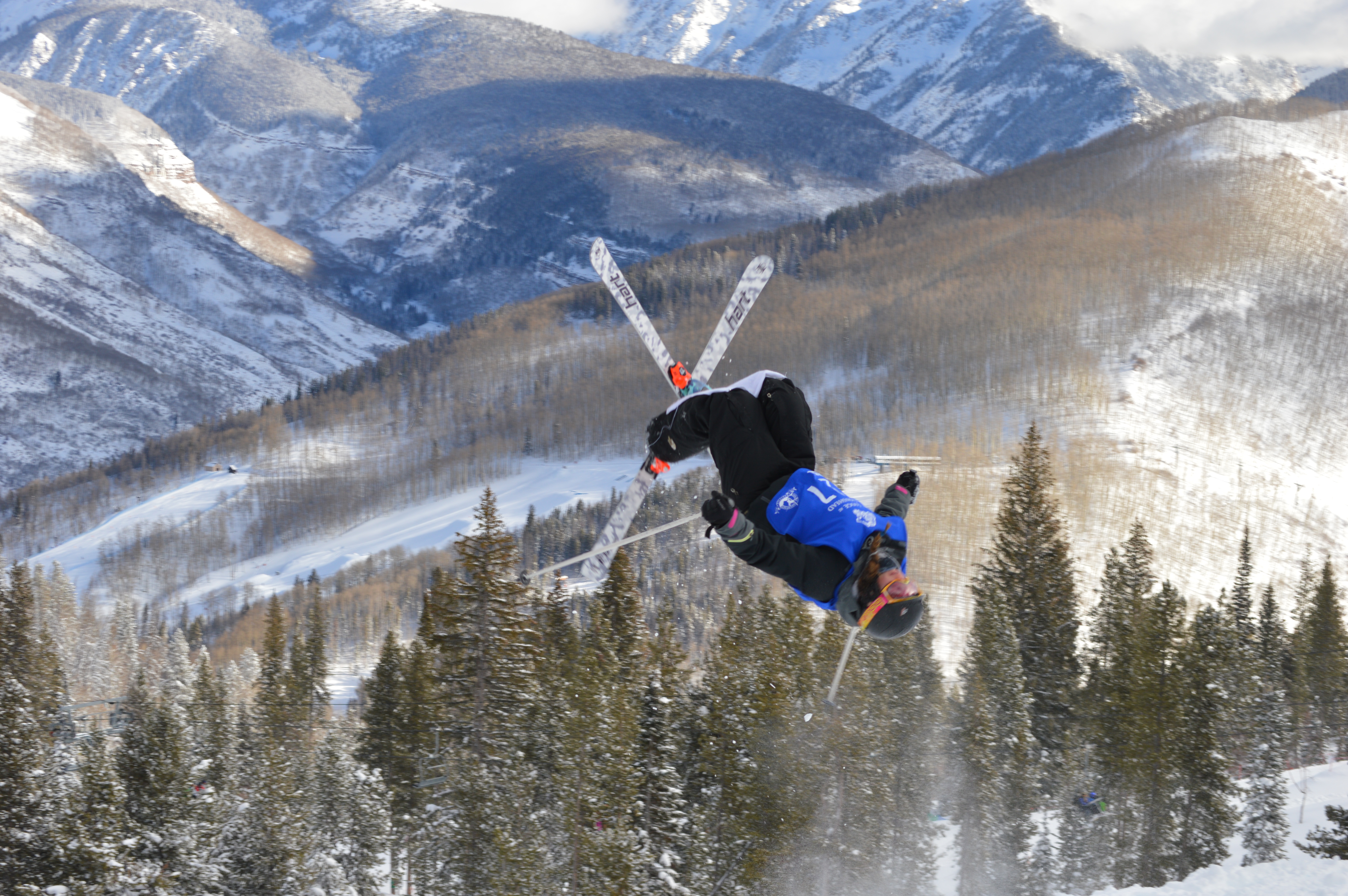 The Ascent Sotheby’s Vail NorAm Freestyle Finals hosted by Ski & Snowboard Club Vail are just around the corner on February 22nd and 23rd, with men’s and women’s moguls on the first day and men’s and women’s dual moguls on the second day.  This is the first time that a NorAm Freestyle competition will be held here in Vail, let alone the finals.  If you have never witnessed a freestyle competition, you have to check this out.  Music, announcers and amazing feats of grace, athleticism, acrobatics, aerial moves and skiing are all rolled into a really fun spectator experience, with easy access and viewing from Cookshack in Lionshead.

The FIS NorAm Series is an international level freestyle circuit for top level competitors ages 16+ striving to obtain World Cup status.  The four part series will take place in February, beginning in Stratton, Vermont, moving on to Val Saint Come in Quebec, stopping next in Apex, British Columbia and culminating with the finals here in Vail.

As a premier international competition, spectators will have the opportunity to watch the next generation of World Champions, as many of the NorAm competitors are members of national teams from Canada, Australia, Japan and the US.  A number of Ski & Snowboard Club Vail athletes are expected to be among these top mogul competitors.  A US Freestyle Team spot is on the line for 2015 were a US skier to win this NorAm series, making the stakes high and the rewards even higher.

This past weekend’s USSA Rocky Mountain Division Freestyle Mogul and Dual Mogul competition was a great precursor of more to come at the NorAm Freestyle Finals here in Vail.  Over 100 competitors ages 12 to 23 took part in this RMD competition this past weekend, with moguls on the first day and dual moguls on the second day.  With the enormous amount of powder that fell the day before during their training runs, many slippers got the venue back in tip top shape before the first competitors took to the course on Saturday.  Competitors earned points in this past weekend’s competition, with the ultimate goal of earning a spot at Junior Nationals and National Championships.

“Our team struggled a bit in the singles on day one of the competition, and redeemed themselves on day two with good skiing in the duals”, shared John Dowling, Ski & Snowboard Club Vail Freestyle Program Director.  John continued, “Weather played a big role in the events and the athletes had to respond to various visibility, snow and wind conditions.  Kudoos to all competitors for coming out and braving the elements for us.”

In Sunday’s dual moguls competition, SSCV’s Hannah Miles, who crashed the day before, was the overall duals winner, skiing 8 runs top to bottom, winning every one of them.  SSCV’s Morgan Schild took 3rd in duals, skiing really well and throwing off the bottom air while Lindsey Eckhoff took 6th in duals, racking up a pair of top tens for the weekend.  Hunter Bailey, Alex DeBonville and Chris Leseur, all from SSCV, took,  4th , 6th and 8th, respectively, for the men on Sunday in Duals.