At the 38th annual Dan Prater Memorial Cup in Crested Butte over the weekend, Ski & Snowboard Club Vail (SSCV) qualified 41 of 91 Rocky Mountain Division athletes to the U14 Regional Championships, which will be held in Steamboat in March.

SSCV’s 41 qualified athletes are the most for any club and an improvement over last’s season figure of 37.

The weekend consisted of one day of super G training, followed by a super G race, a pair of giant slaloms and a pair of slaloms. Points were tabulated using a modified World Cup scoring system to determine qualification to the Regional Champs. From there, racers will have an opportunity to advance to the CanAm race on the East Coast or even the U16 National Championship, although the latter scenario is less likely.

The Prater Cup is one of the biggest and most exciting races of the U14 alpine season, said Ski & Snowboard Club Vail Head Coach Kristina Revello.

“The weekend is packed with extra activities,” Revello said. “They do a nations representation teamwork activity in which the athletes are randomly selected to represent different nations. A coach is assigned to that group, as well, and points accrue throughout the event. It makes for a really fun weekend.

“The qualifying aspect of the event can be super stressful, so it’s great that the race organizer puts on these actives to lighten up the atmosphere,” Rev added. “Because of the team environment, the Prater Cup can be the highlight of the season for many of our racers.”

On the girls’ side, podium finishers included Tianna Bruce, who led the team with two wins and five podiums, Liev Moritz, who also registered a pair of wins, Zoie Palmer, Kjersti Moritz and Robin Pavelich.

For the boys, Sebastian Kohlhofer claimed a couple wins. He was joined by Nick Kirwood, who picked up a win, and Toby Scarpella, Dylan Anderson, Ben Andrews and Hunter Roach, who all scored podium results.

“Across the board, our kids skied really well,” said Rev. “Our training this year leading up to this event has been almost perfect. We would always like to go faster, but where we are this season compared to last, I think we’re in a really good spot. Going into championship season, hopefully we’ll be pushing these kids to the next level.” 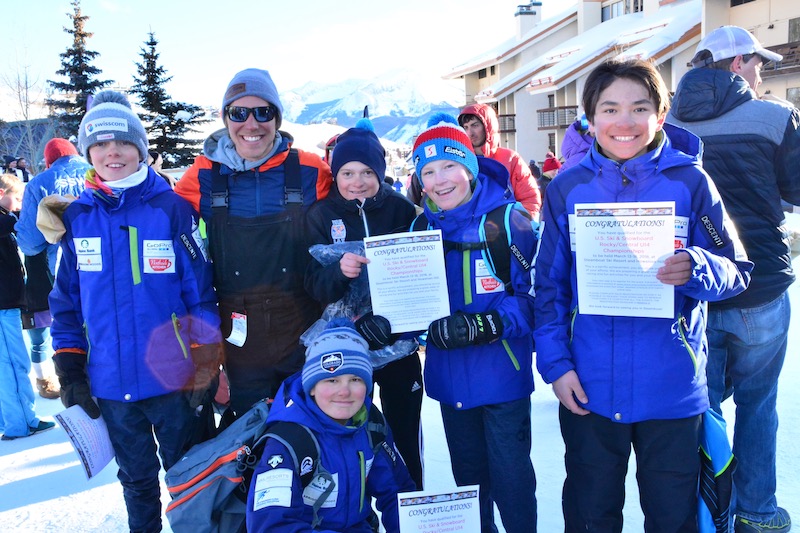 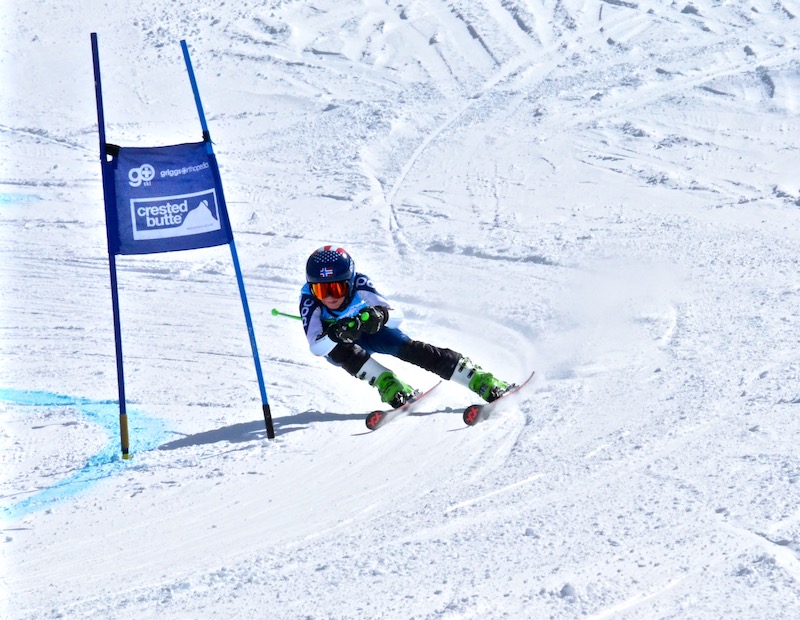 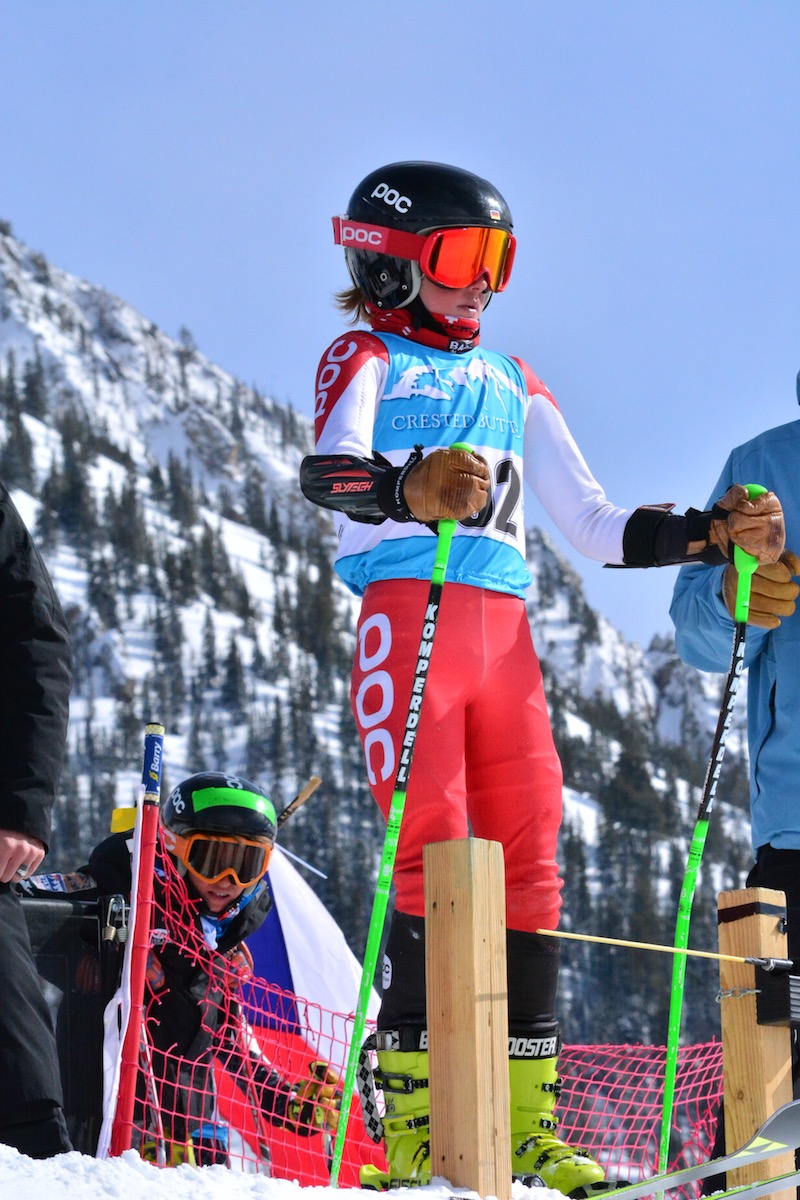 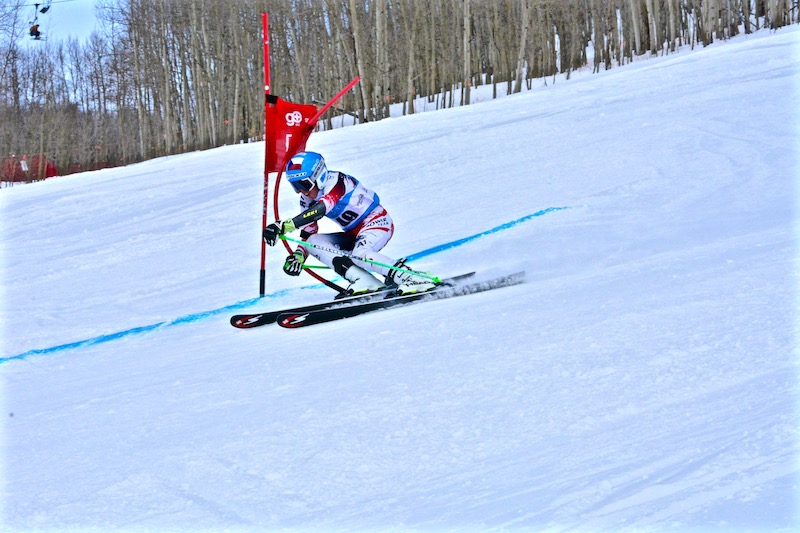 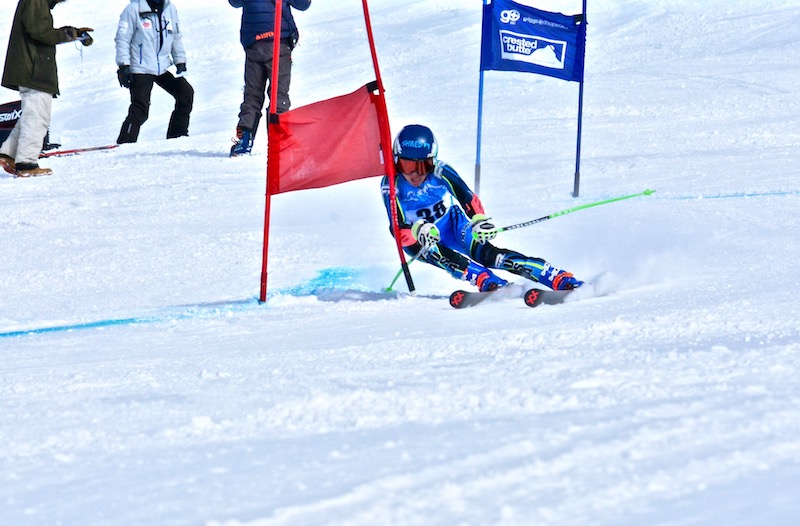 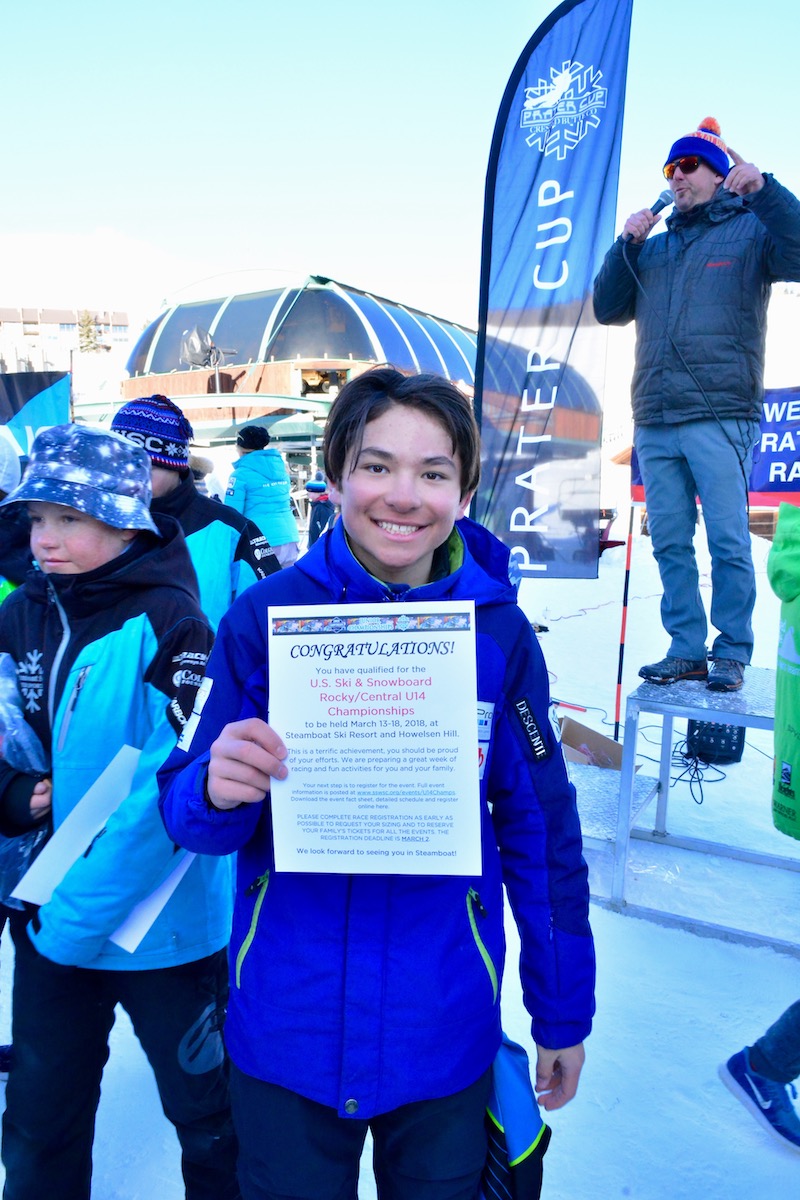 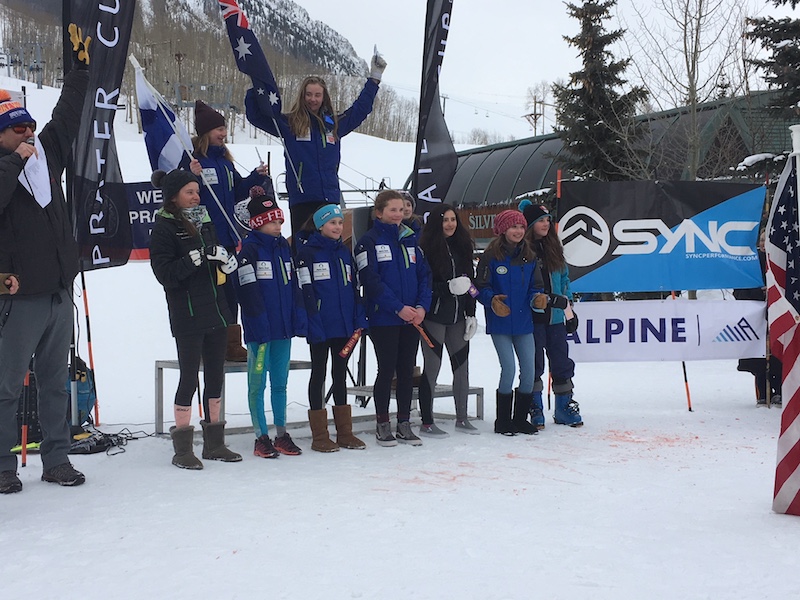 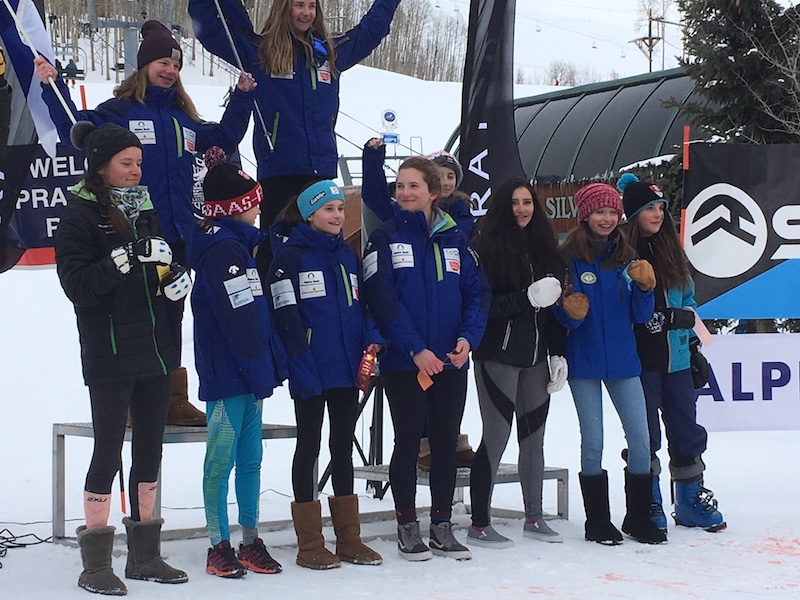 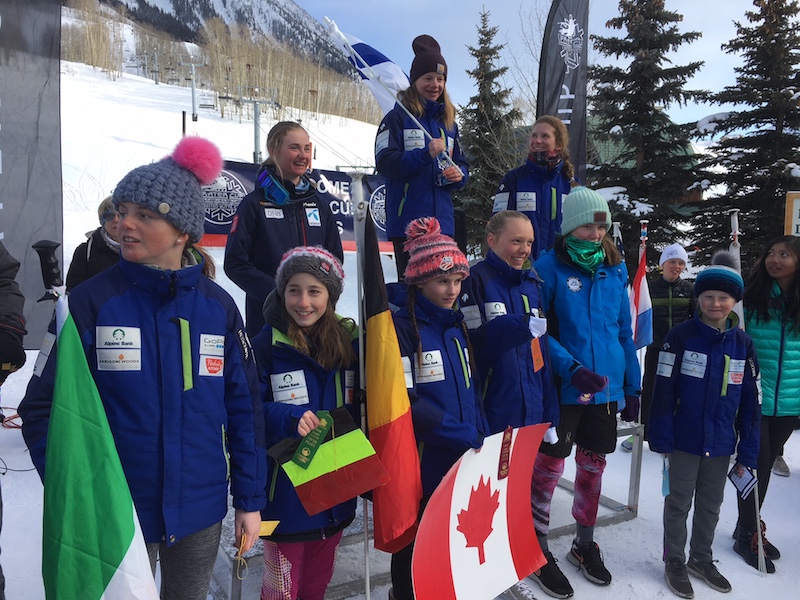 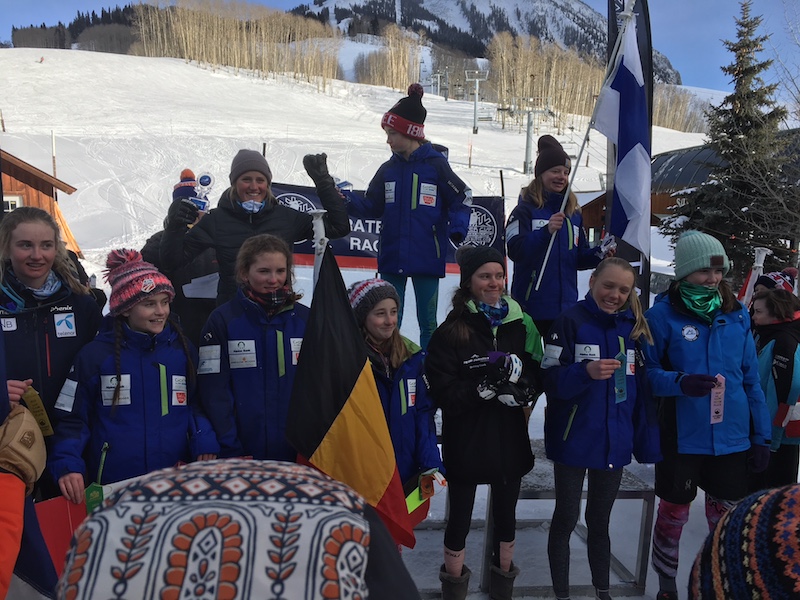 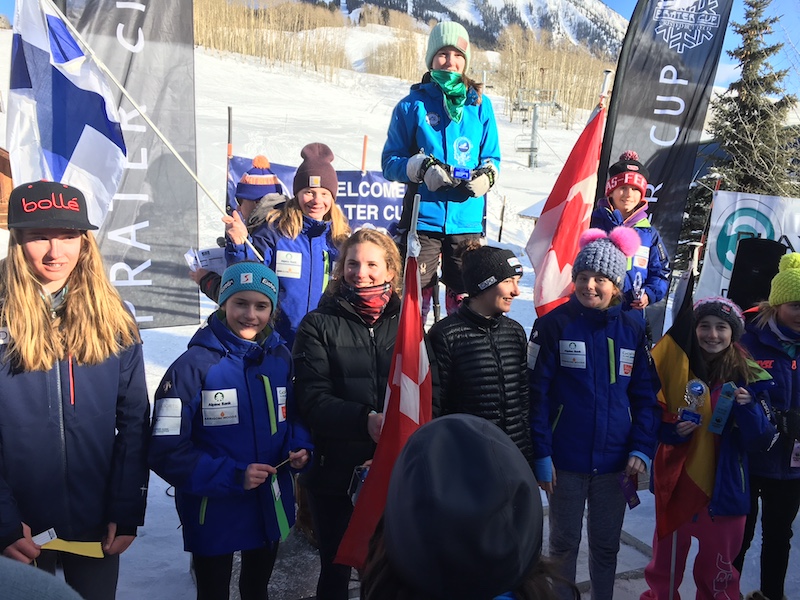 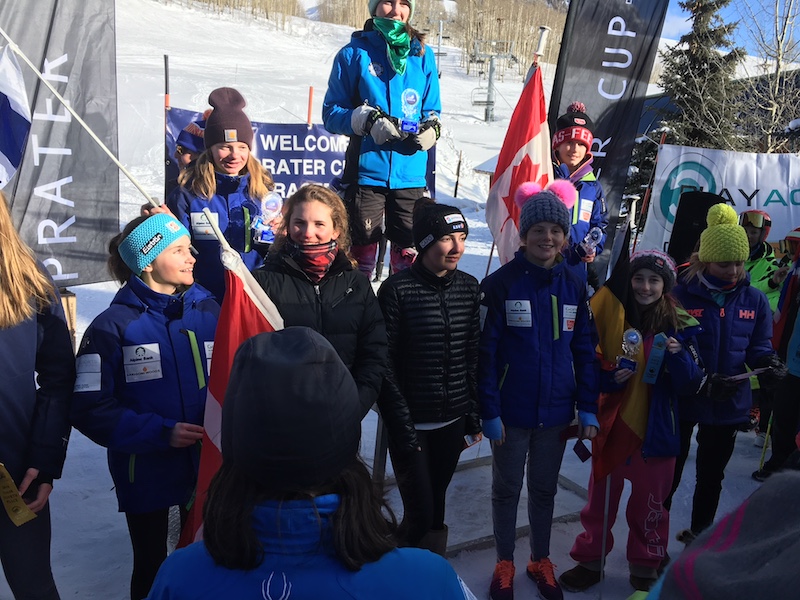 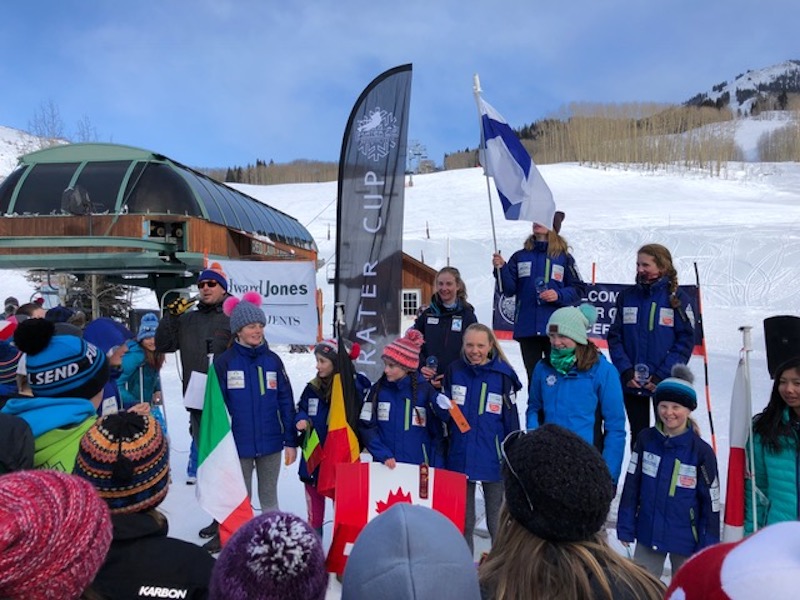 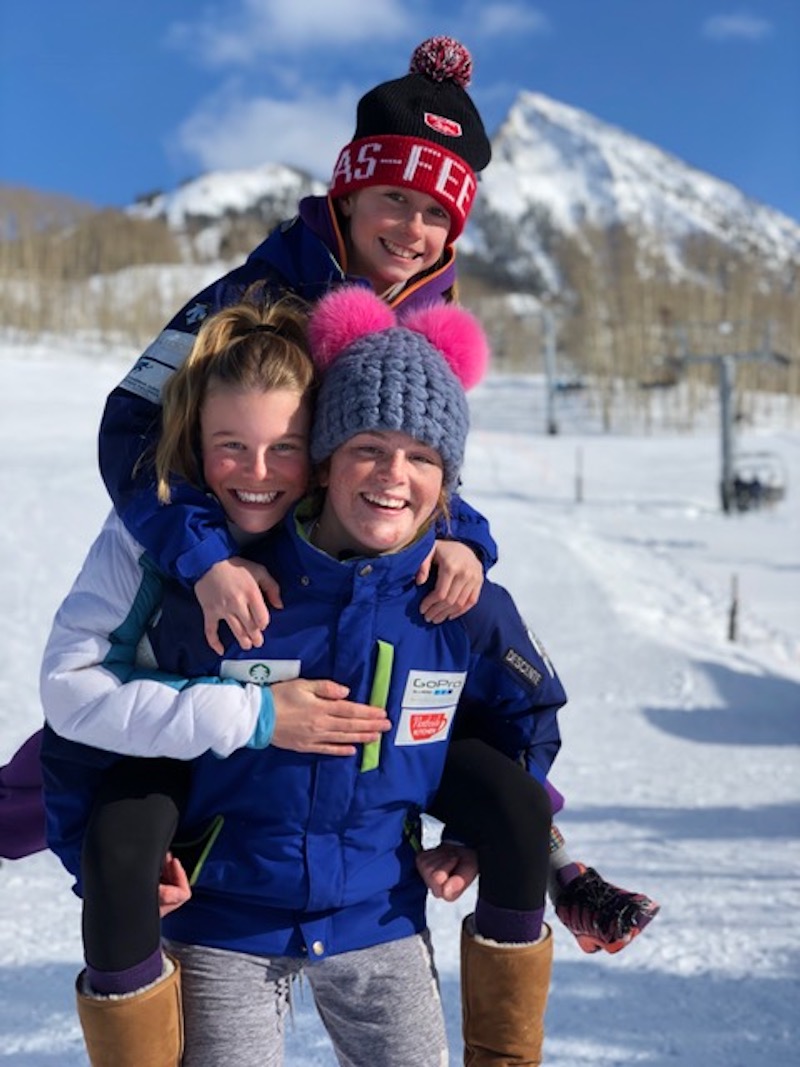 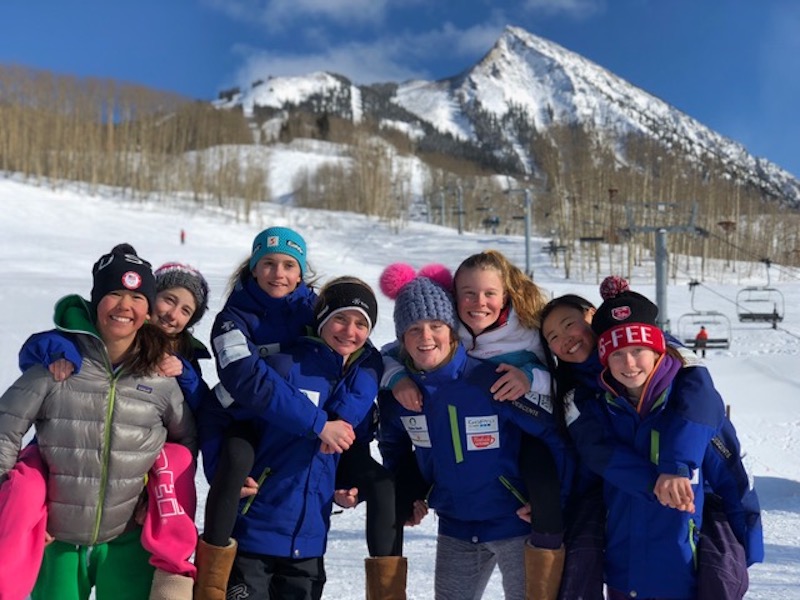 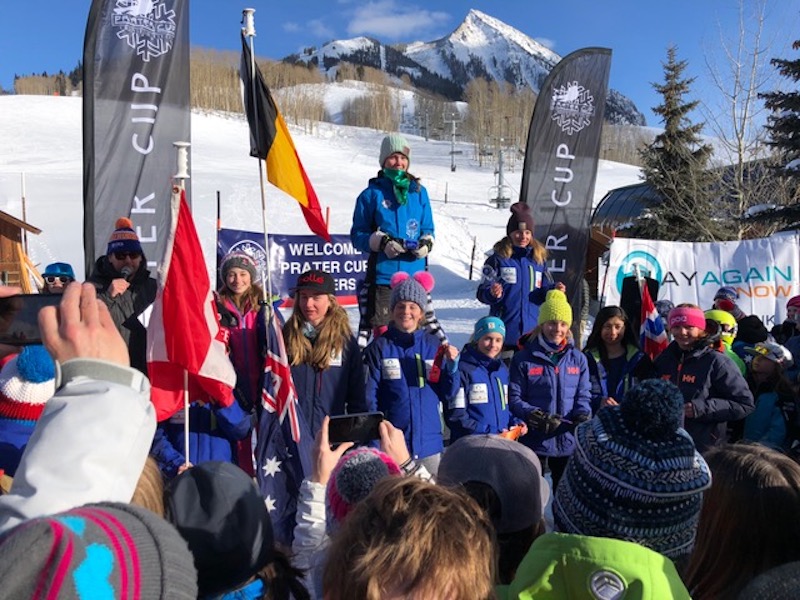 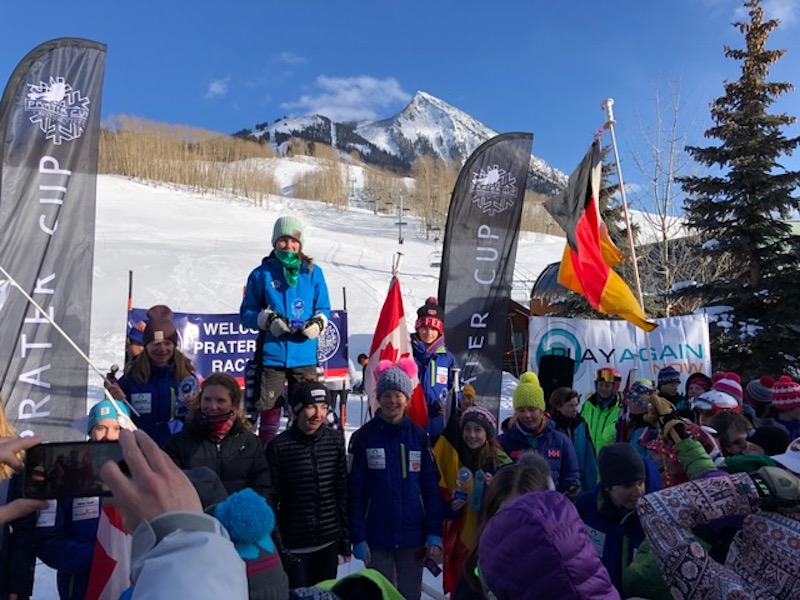 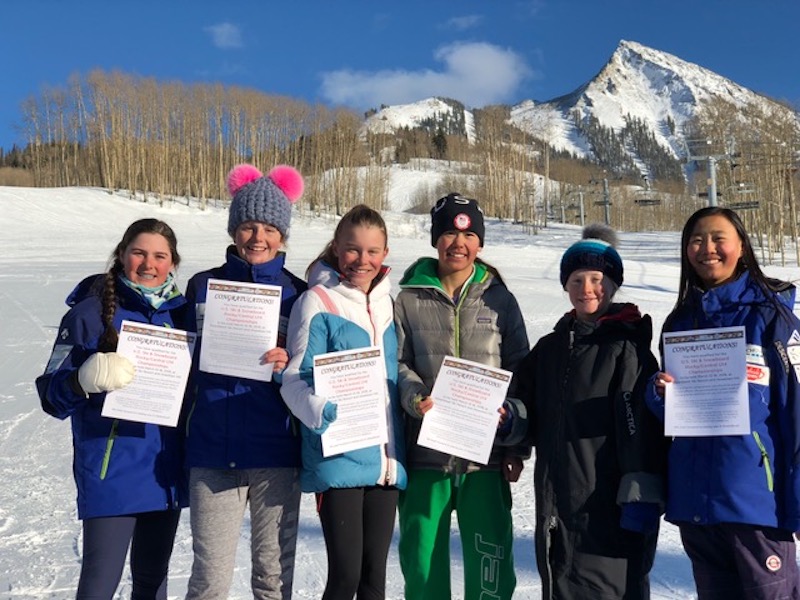 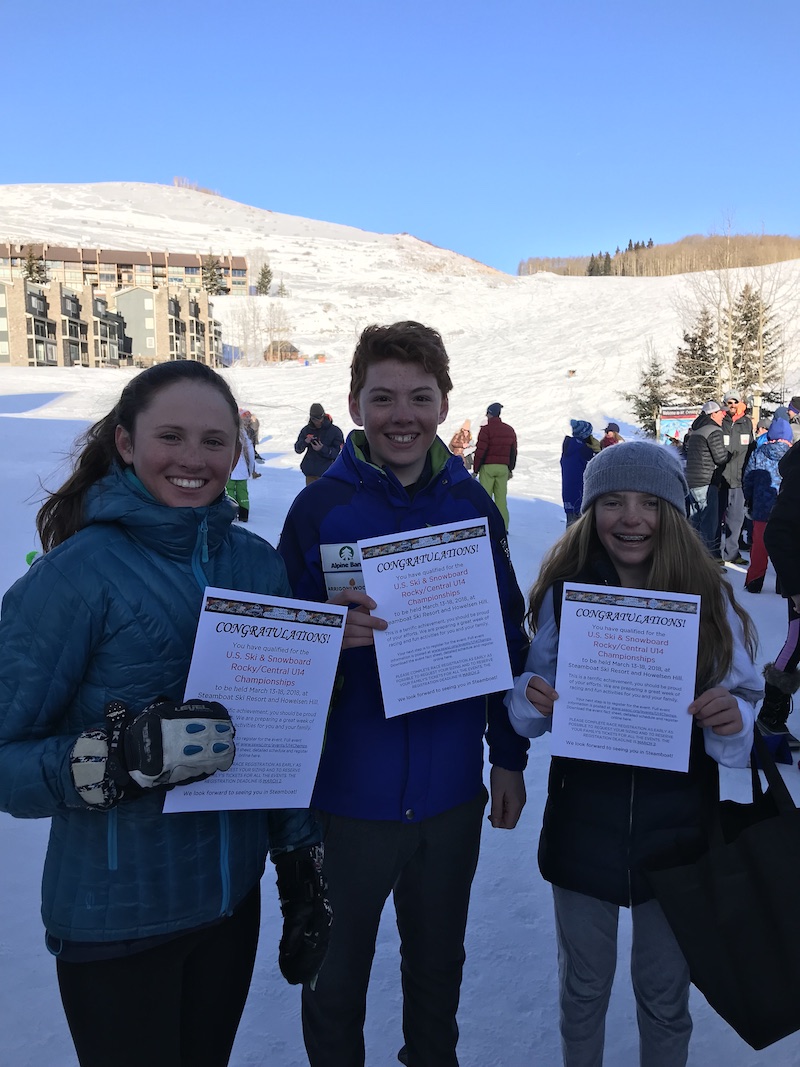 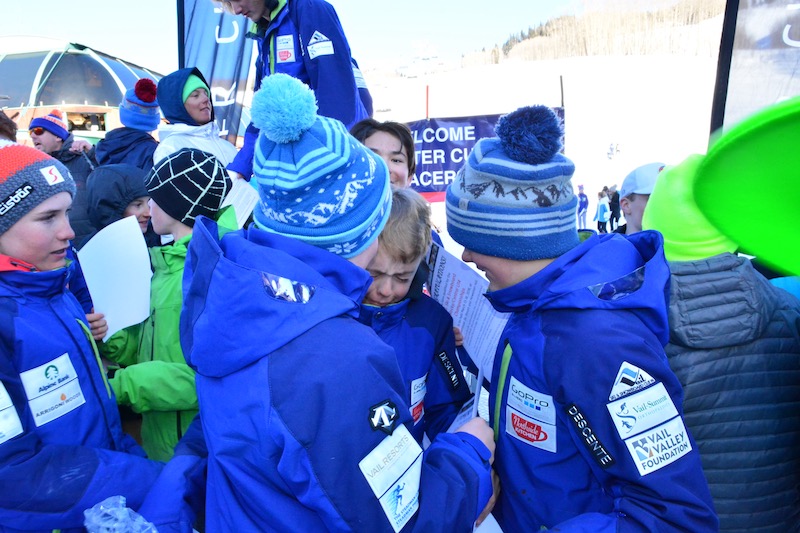 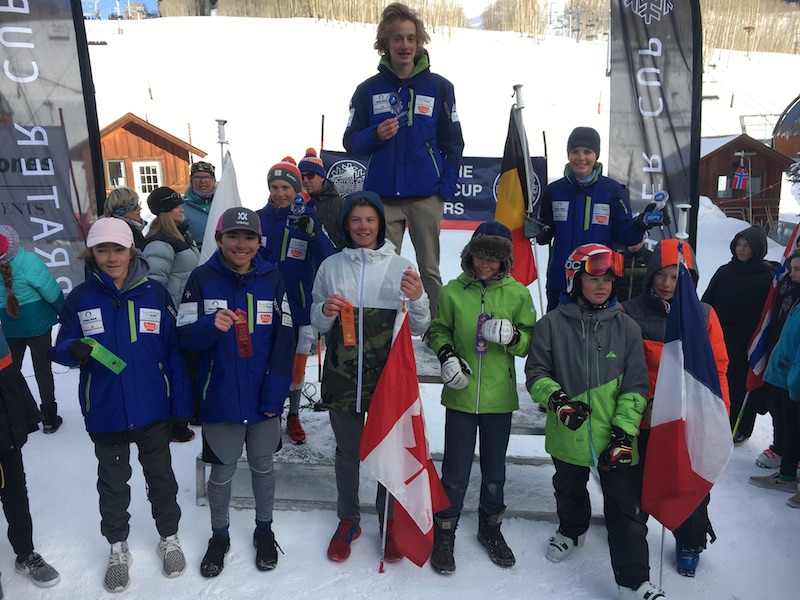 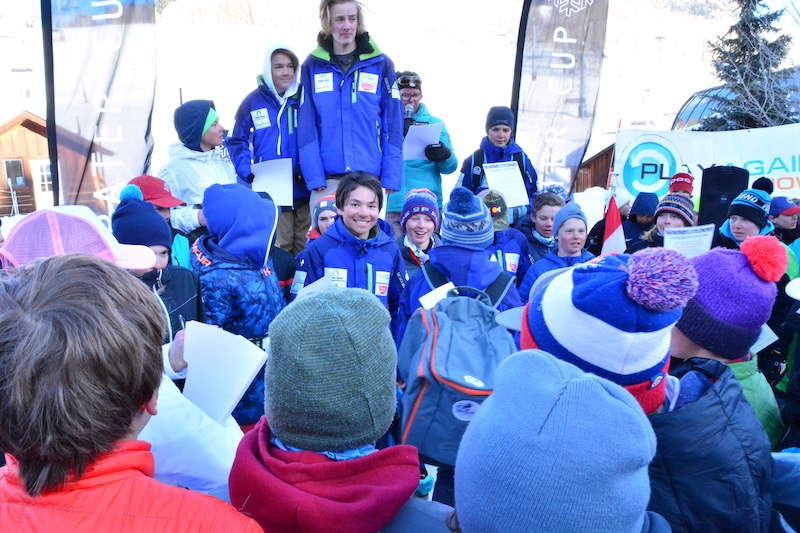 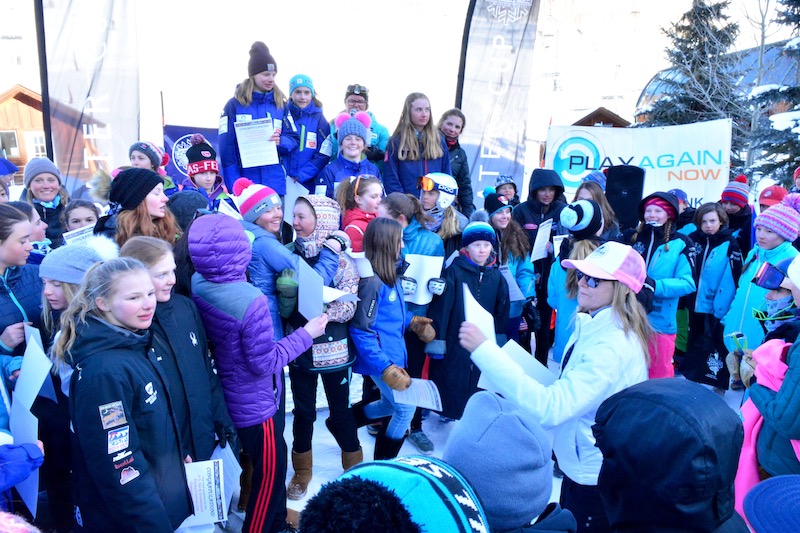