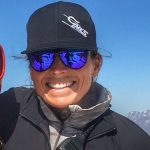 SSCV is proud to announce the addition of the Alpine Youth Program Director. This critical role was an initiative that initially appeared to be a year or more out. However, recent developments within the alpine leadership have made it possible to take this important step immediately. This role is critical to the future of youth development at SSCV, and this individual will be able to focus 100 percent of her time and energy on the U14-and-younger alpine programs.

SSCV is fortunate to have secured the hiring of an ideal candidate for the role: Alissa Consenstein, who will be joining the SSCV staff on August 1. Alissa was formerly the Eastern Competition Manager for USSA and head of Alpine Youth Development at Stratton Mountain School. She is a Green Mountain Valley School alumna who went on to ski Division 1 at Colby College all four years. Alissa was most recently a U16 coach at Green Mountain Valley School and is excited to be making the move west to join the outstanding team at SSCV. 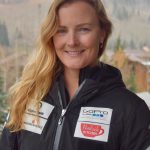 SSCV is equally excited to announce the promotion of Kristina Revello to the position of U14 Head Coach. By all accounts, Kristina is the obvious choice to take the reins of the U14 program. Kristina has a broad background in ski racing, including extensive experience as a NorAm level competitor and NCAA athlete. Following her athletic career, Kristina managed the alpine development program at Northstar in California and played an integral role in the 2015 World Ski Championships at Beaver Creek. Kristina’s firsthand knowledge of the athletes, staff and families within the U14 program will allow for a seamless transition as we move forward into the 2017-18 season.