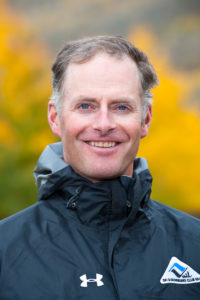 The letter reads as follows:

The 2018 U.S. Freestyle domestic coach of the year goes to a staple in the freestyle community with an unwavering commitment to the sport: John Dowling. Throughout his career he has coached numerous athletes who have moved onto World Cup and Olympic success. In recent years, he has focused his attention to the most important job in sport, teaching the younger generation the skills they need to succeed.

Because of his commitment to the next generation, Ski and Snowboard Club Vail is a hotbed for up and coming mogul skiers. Young talents such as Emily Szabo, Kai Owens, and Tegan Large are all on a fundamentally sound path to the peaks of mogul skiing success, thanks to John Dowling.

John Dowling has undoubtedly made a tangible contribution to our sport for many years, and for that we at US Ski and Snowboard would like to thank him by presenting him with the Domestic Coach of the year award.

Dowling’s award will be presented during the U.S. Ski & Snowboard Congress 2018 at our Chairman’s Awards Dinner on May 3.