Vail, Colo. February 21, 2022 – This past Tuesday through Friday, U16 athletes gathered on  the Golden Peak Expansion at Vail for the SYNC U16 Rocky/Central Qualifiers. Over the four days of alpine racing, Ski & Snowboard Club Vail (SSCV) athletes carved their way to victory and snatched 12 podiums and 47 top ten finishes on the Golden Peak course. Coming out of this series, SSCV has 12 women and 15 men who qualified for the Rocky/Central U16 Junior Championships, taking 54%  of the qualification spots on the mens and women’s, more than any other program.

The SYNC U16 Rocky/Central Qualifiers race consists of two days of giant slalom racing and two days of slalom racing allowing for a total of 4 races per gender for all U16 (birth year 2006-2007) alpine athletes to compete. Skiers who race particularly well in the SYNC qualifier events throughout the season may qualify for the Rocky/Central U16 Junior Championships in Steamboat Springs, and from there athletes can qualify for U16 National Championships in Sugarloaf. Those who do not qualify for the Steamboat Springs competition can attend the Rocky Mountain Division U16 Championships in Crested Butte.

Thursday’s giant slalom race for both men and women further solidified SSCV’s impressive presence on the mountain. Once again, the U16 men grabbed more than half of the top ten on their second day of giant slalom, with Bruce securing second place on the podium. Andrie placed fourth,  Hopkins grabbed fifth, Lewis landed in sixth, Alex Krupka jumped to eighth and Helland took ninth. As for the women, Zaytseva again placed first! Douglas snagged fifth, Dulaney grabbed sixth, Gonzalez took ninth, and Crowley landed in tenth.

“It was great to see our U16 women put out such great runs during the competition this week,”  said Adam Chadborne, SSCV Alpine Women’s Head U16 Coach and Alpine U16 Women’s Performance Coach. “Golden Peak was in outstanding condition for these kids to compete, which wouldn’t be possible without the help of Vail Mountain, the race crew, our volunteers and coaches.”

“This group (SSCV Men)  has been working very hard over the better half of a year. They’ve shown so much growth. This past week was really a great reflection of their effort. I am very proud of the way everyone on the team skied, I believe everyone showed their best skiing, which is all we can really ask for at this stage of their development,” said Ian Dunlop, SSCV Alpine Men’s U16 Head Coach. “They have a couple of great opportunities ahead, whether in Steamboat or Crested Butte, and we can’t wait to see what’s next for them.” 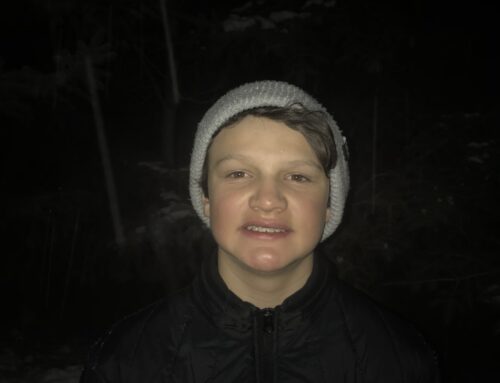