After a thoroughly successful three days of racing at the U.S. Cross Country Championships in Midway, Utah, Ski & Snowboard Club Vail (SSCV) Nordic athletes have earned elite invitations to compete at the world’s premier events, as announced by the U.S. Ski Team this week.

The Championships, which were held at Soldier Hollow, the site of the 2002 Olympic Winter Games outside Park City, attracted more than 600 athletes competing for U.S. titles, as well as spots on upcoming World Championship teams.

SSCV’s performance at the event was its best in club history, says Head Coach Eric Pepper.

“One thing that was really cool about the event this year was Canada also used it for their qualifying races, so that definitely added a lot more depth to the field both in terms of quality and quantity,” said Pepper. “It was a very tricky week to go from a skate race that is minus 20 degrees to the two classic races that were 35 degrees and rainy. Classic racing for us in the rain is really hard, and our team handled it really well.” 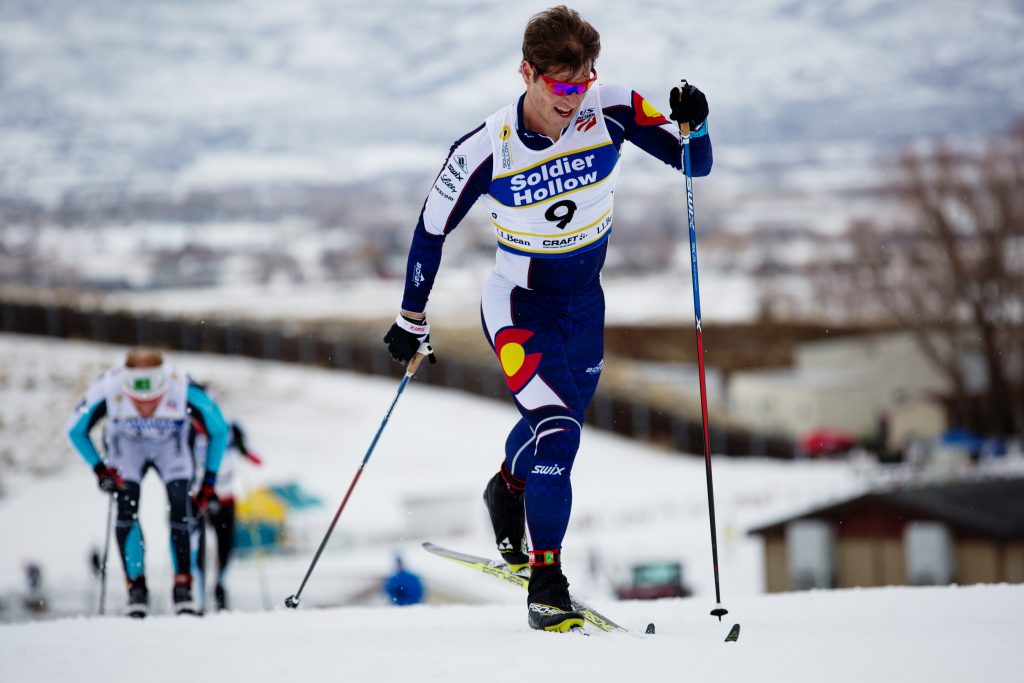 Among the top SSCV performances was 36-year-old Kris Freeman taking third in the 30k mass start classic on Jan. 10. Freeman, a former member of the U.S. Ski Team and four-time Olympian from Andover, Mass., now trains full-time with SSCV as he continues to pursue podium results on the Nordic circuit.

Another former U.S. Ski Team member and current SSCV athlete, Tad Elliot punched his ticket to the Nordic World Ski Championships in Lahti, Finland, thanks to a second-place overall finish in the 15k skate. For the 28-year-old Durango native who lives and trains in Vail during the winter, the ultimate goal — which was stymied three years ago by a case of Mononucleosis — is to achieve an Olympic berth in Korea.

“He skied World Cup Finals last year, which was an eight-day stage race in Canada. That was his big goal last year,” said Pepper. “Now, to make World Championships puts him in a really good place to qualify for Korea.”

SSCV’s Noah Hoffman — who didn’t race in Utah because he’s currently touring Europe on the World Cup circuit — also got the World Championships nod when the announcement came down Wednesday morning. 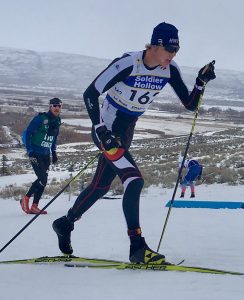 For the juniors, Avon native and Vail Ski & Snowboard Academy student Nolan Herzog, 17, secured an invite to World Junior Championships at Soldier Hollow with a pair of podium finishes in the U18 15k skate and U18 classic mass start. Herzog will actually decline that invitation, instead opting for a trip to the prestigious U18 Scandinavian Cup Championships in Trondheim, Norway.

“(The Scandinavian Cup Championship) is an event where we send our best six U18 athletes in the country,” said Pepper. “Part of the decision is his best event is not included in World Juniors this year. For the first time ever, World Juniors is in the U.S. at Soldier Hollow. He’s been able to compete there a lot, so to send him to a place like Trondheim and get that European exposure seemed like a more valuable and fun experience.”

Similarly, with an impressive second-place finish in the classic sprint, Bridget Donovan, of Edwards, also qualified for the U18 Scandinavian Cup Championships, becoming the first female athlete from SSCV to earn an invitation to that event — and she’s only 15.

Finally, with a first-place U23 finish in the 30k classic mass start, Cal Deline, an SSCV alumnus currently skiing for Dartmouth, qualified for U23 World Championships at Soldier Hollow.